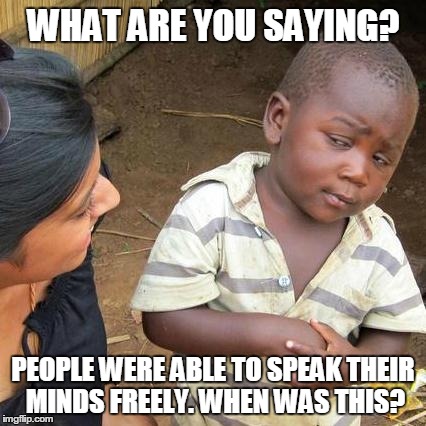 Why do I consider political correctness, a stain against free speech? As an adult, you should be able to understand that people will not always agree, when it comes to your point of view. Political correctness says anyone who opposes a stated opinion, is ultimately wrong. Due to their incorrect opinion, we have to penalize them accordingly.

During our childhood, we learn that expressing the truth is always the best approach. However, after observing different forms of media today, the results of this observation are truly frightening.

You are hard-pressed to find publications and networks, which are comfortable providing authentic feedback. Misogyny, homophobia, ageist, sexist and of course racist—are some of the terms people fear, when it comes to providing  a non-PC opinion.

If you coddle a child long enough, they will mature into an adult completely void of a backbone.

By the time they depart the pampered walls of your home, they enter a world that gobbles them up, faster than your favorite meal prepared by grandma.

Today, people undergo what I consider, hurt feelings. At the mere sound of someone speaking the truth, they break out in hives. Everything you say will hurt their feelings. The politically correct position is to say:

Actually, I think people as whole should control their emotions, and keep their hands to themselves.

By saying the latter, you are sure to offend the feelings of the PC-nation. They eventually login and access their YouTube, Twitter, Tumblr and other accounts on social media.

Writing that alone was mind-blowing; I cannot imagine the chaos inside their heads. 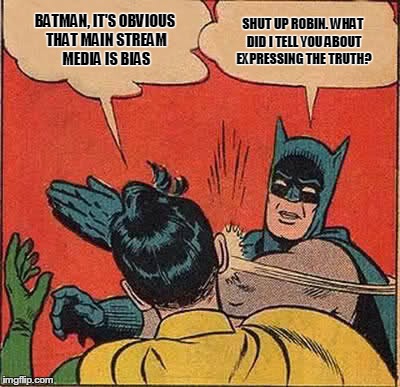 In all seriousness, this is a major problem. As a young Black man, if a country club explicitly denies sagging pants while on the premises, why in the world should I get up in arms about this?

The rules do not directly or indirectly, deny the access of a racial group. If you happen to be a Black male who enjoys sagging his pants, that has everything to do with your clothing choices, and not because of being Black.

If I owned a country club, I would also set specific guidelines on clothing, while on the premises.

However, because of our PC-era society, people automatically believe the owner to be a racist. There is no research into the guidelines of the country club.

There will be no forms of unbiased assessment…he is a racist simply because you say he is.

Before you know it, every news station is waiting outside his home, asking for an explanation behind the bias against Black males.

If the rules specifically point out excessively baggy pants hanging beneath one’s buttocks, as opposed to No Black males allowed, how is this particular guideline racist?

I am a Black male and do not wear baggy pants. I also refuse to think sagging my pants is stylish in any manner

For some time now, society enjoys throwing fathers under the bus. It is politically correct to do so.

Fathers are always the butt of every joke, and easy targets for anything that goes wrong within a family.

However, do not dare say anything about the mother in the news report, which just landed on your desk.

She could be a cocaine-addicted registered sex offender, but anything other than expressing that she needs mental treatment, goes against political correctness.

Right now, it is politically correct, to label anyone who says anything about Black people as a racist.

Do not mind the fact that you erode the hurt and damage behind the word racism, when you toss it around like throwing cards.

I had a conversation with a popular social media figure recently, involving sexual promiscuity and relationships.

I explained that every action has consequences and if you do X, Y is the consequence. You may not like or expect Y (the consequence), but the repercussion occurs nonetheless.

I was floored when she said the following:

There shouldn’t be any consequences. You should be able to do whatever you want.

Her response left me rather speechless. I mean, how do you even respond to that? She actually said there should be no consequences for our actions. Wow. Alrighty then.

Leanne Black, of Newport, South Wales, accused five of her ex-boyfriends of rape. After reading each allegation, something just did not sit right with me.

If I were to say this during the initial reports, the PC-brigade would come out in full force, demonizing my opinion and dragging me through the mud on social media, because I am a rape apologist, or some other misguided shaming tactic label.

Shockingly, and I mean that with every sarcastic fiber of my being, she was charged last year on false rape allegations. She is now serving time behind bars, yet far less than her ex-boyfriends would, if any of them were convicted.

According to the judge…

Police have to take all allegations of rape very seriously. Rape, when it happens, has a devastating effect for victims and causes great trauma. Many women never get over it. Women who make false allegations like you undermine the whole system and police investigations. It undermines the public’s belief in the truth, when allegations are truthfully made.

The politically correct thing in her example is to agree unequivocally, even when the allegations seem sketchy.

Why do I consider political correctness, a stain against free speech? It allows people to believe your actions do not have repercussions, and expressing the truth is now creating the same energy, as fabricating once did.

There once was a time a lie was a lie, and truth meant truth. Right now, the truth has become the lie and telling a lie is now synonymous with the truth. This new world sucks.