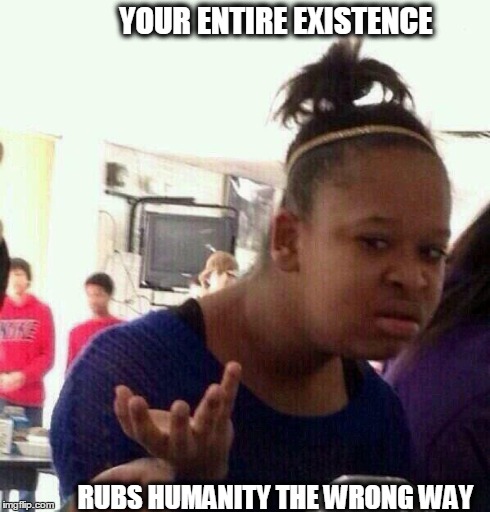 When your partner commits a betrayal, the pain runs deep. I do not need to experience this kind of treachery, to understand the severity if it were to occur in my marriage. Common sense explains that the love she and I have, is enough for us to grasp the difficulty of experiencing an infidelity.

There seems to be a common theme today, where the other woman does something I find utterly disgusting.

I genuinely hope they are reading this post, because the gentleman gloves are about to come off for a bit. In fact, the objective side of me may disappear during this post.

If you were the other woman and completely unaware of an existing committed relationship, I am not addressing you in this post.

When you are the other woman and you become aware of the committed relationship, where you then take a sisterly approach and present the infidelity to the girlfriend or wife—I am not addressing you in this post.

When you are aware of the committed relationship, and he eventually calls off his fling with you, where you then become vindictive enough to rub the affair publicly, into the face of the wife or girlfriend—you are lower than the gum that somehow binds itself to the bottom of my shoe.

You are the speck of dust, which becomes attached to the gum that is now on bottom of my shoe.

Not by a long shot.

In a general sense, when males participate in an affair with someone’s girlfriend or wife, they do not react in this manner when it dissolves.

So yes, I must specifically focus on females…one group of females to be exact. As a side note, leave the unreasonable labeling of sexism or misogyny at the door.

When you face reality and escape indoctrination, you will be amazed how certain words do not apply in all situations.

Caller: Is this Grace?

Receiver: Yes, this is she.

Caller: Are you somewhere private?

Receiver: What’s this about, and who are you again?

Caller: You don’t know me, but my name is Brittany. I met your husband in the gym and was completely unaware he was in a relationship, let alone married.

Receiver: You…you met my husband? Is this a joke?

Caller: Sadly, this is not a joke. With me unaware of the relationship, I know it will not numb your pain in any way. However, for the past three months, we’ve had sex on a number of occasions. I only discovered his marriage when someone in the gym saw us together, and asked why I was spending so much time with a married man. I was shocked so I confronted him…

Receiver: You…you most certainly have the wrong number. My husband would never…

Caller: He denied the marriage initially, but he finally admitted everything. Mrs. Winston, I had absolutely no idea he was in a relationship, but he is a horrible person if he would do such a thing to his wife. I have photo evidence if you believe this is a fabrication. We sext one another often during the week. I don’t know how long you’ve been married, but you deserve better than this. I am so sorry.

This, I can respect.

It is another to lash out irrationally because you noticed him with another other woman.

Other Woman 1: Wait a minute. Who the heck is this? You are cheating on your wife with me, but you are now cheating on me with this?

Other Woman 2: This? I have a name you know. He’s married?

Other Woman 1: Your name is irrelevant.

Husband: Look, it is over. We had fun while it lasted, but you were becoming too clingy.

Other Woman 1: If you think you can just use me and toss me aside, you have another thing coming.

Husband: What are you talking about? Did you think this was serious? Grow up. You knew exactly what this was, as much as I did.

Other Woman 1: (Sends out a Tweet) I just tweeted a little clip of our homemade sexscapade to your wife. I’m sure you will have a lot of explaining to do tonight, you jerk.

I cannot respect this second approach at all. The action is an incredibly sickening and selfish one.

I am not making up this story out of thin air. I just read a comparable story online today, and it repeats the same behavior to a tee. It is actually one amongst many.

Whichever is at fault, I remain revolted by the behavior. We give these creatures a platform for committing bad behavior (media coverage), all the while dragging the girlfriend or wife through the mud. The icing on the cake for me is when these creatures say…

I am doing this because she deserves to know.

Really? Did you have that sense of sisterhood, when you were straddling him in the hotel room? Did you feel this way when he flew you to Paris for a weekend getaway?

You are not doing this from a sisterly approach. You are not using girl code. You are not trying to expose a cheating husband out of the kindness of your heart.

For that, I believe you are a devious; manipulative, horrible-minded, self-centered and a tragic case of a human being.

To think, you are smiling when you send out these tweets, text messages, phone calls or letters. Knowing that you take pride in embarrassing and emotionally harming another woman in this fashion, speaks volumes about your character…well, lack thereof.

Yes, what he did to his wife is disgusting. To betray your partner in such a way, especially with a wicked individual like yourself is horrendous.

However, your decision to react in this manner is vile, because you knew he was in a relationship. Interestingly, you had no urge to share the infidelity then.

You also believe his partner was unaware of the betrayal. To expose the betrayal later, as if you are doing so as a selfless act, shows the heartless nature of your entire existence.

If you are reading this and you have committed this action, come closer to the screen because I do not want the following words to shout. Instead, I want them to whisper softly in your ears as you go about your day.

Your entire existence has less value than roadkill, rotting on the side of the road. In your mind, this spiteful reveal brings joy. Because of this, I believe the very air you breathe offends humanity as a whole. In the wake of your cruel ways, you leave lives in turmoil.

Each tear a woman sheds because of your reveal, diminishes your worthiness as a human being. In other words, their tears possess more value than your entire life.

Similar to the criminals who give all Blacks a bad name, which I ostracize because I understand guilt by association; all women should ostracize and point out your vindictive behavior.

When there is an intent to harm others undeserving of this pain, it always bothered me.

In the event my words are not clear enough, because no one seems to check your bad behavior…you are everything that is wrong with humanity.

You are a cancer.

This goes against my usual routine of blogging, but I find this behavior repulsive. To reveal an affair is quite fine—to disclose an affair because you want to embarrass the wife or girlfriend maliciously, that is another thing entirely.

This is what I think about the behavior, but I genuinely want to understand yours. How do you feel about individuals who reveal an affair, not out of kindness, but to be malicious and harmful to the betrayed partner?

25 thoughts on “Hell Hath No Fury like a Vindictive Woman”