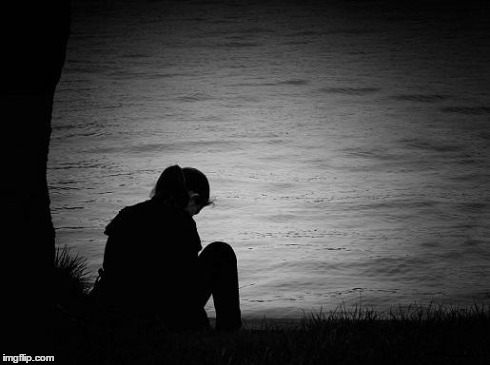 Over the past few weeks, I am beginning to grasp the extent of difficultly that men and women experience in the dating arena, but also in committed relationships. Whenever I browse through search engines, engage in dialogue online and discuss relationships offline, it allows me to remain humble and grateful.

Why would I say humble and grateful?  That seems like a weird thing to say, right? I remain humble because in the face of my amazing relationship, it does not make me arrogant in the presence of others.

I remain grateful because in the midst of this amazing relationship, I understand from my past what the opposite of a remarkable relationship feels like.

Simply because I say so, I cannot force you to alter your perspective. However, if the old ways of doing things are not bearing good fruit, it is perhaps time to make a change.

This realization should provide an incentive to change because after all, you are the human resource manager of your dating life.

With that said, I write for others to see a different perspective and ultimately, I encourage each one of us to grasp the importance of the energy that we emit to potential mates.

One of the reasons I continue to write about relationships occurs because of my observation.

In other words, many of the dating woes people continue to encounter, I believe with a few adjustments will allow them to find a sense of dating peace.

Many of the issues I personally encountered during the past or through someone I know intimately, still remain problematic for a number of people.

I write because the answers I often see from dating experts usually involve sugarcoated responses.

The responses rarely cause the one facing the dilemma to alter his or her way of thinking. Ultimately, the very issue that someone wants to correct continues to occur again and again.

This brings me to a question that a number of women pose while dating.

Why do guys stop calling after they have sex with me?

In other words, after sex occurs, he no longer seems to know her name.

Think of me as your brother or close friend, who tells you like it is. I will not provide fluff, or tiptoe around the reality.

This is able to cause wars. If women collectively understood their worth, they would never allow men to take advantage of them sexually (consenually). Heterosexual men, generally do things to please women, yet women do not seem to understand this.

As a disclaimer, the conversation with my wife does not compress the worth or significance of a woman, down to her kitty (vagina). It was simply a joke.

Instead, I want you to understand the lengths men have gone throughout history because of their devotion to women.

Today, I personally know of guys with more sexual partners in their experience than you can count on ten hands. However, they did not have to go to wars with foreign countries.

They did not profess their admiration over a lengthy process of courtship.

Instead, the best the females involved with these guys received, could be summarized by a line from artist/producer/director O’Shea Jackson …

‘Cause all I got is hard d*** and bubblegum.

But that is neither here nor there.

For this explanation, I am specifically focusing on the guys involved with this question. Once again, I am only involving one group of guys. This is definitely not representative of all males.

Your worth to him regardless what he expressed through words and actions, arrives in the form of your kitty. Due to an emotional conditioning, he believes that boys get sex from girls and girls give sex to boys.

This individual has a warped perception, when it involves sexual contact between males and females. Instead, the mutual exchange of sex is akin to a mosquito, retrieving blood from its latest host and flying off to find another.

A mosquito receives blood from humans, and humans give blood.

Think of his buddy (penis) as the mosquito, and your kitty as the latest host. Once he receives what he desires from this host, the host no longer serves a purpose. You have fulfilled your duties, so to speak.

Before sex occurs, this guy will appear as if he is jumping through hoops to receive your attention.

All of a sudden, after you finally consider commemorating your feelings in a physical manner with him, the energy of his attention deflates once the physical act occurs. That is strange, right?

The multiple calls you once received throughout the day, becomes once a day. Soon after, it becomes once a week. Eventually, reaching him is akin to setting up an appointment with a political figure.

You are left wondering if you did something wrong, and possibly how you can fix it.

Well, you did do something unintentionally wrong and before you jump down my throat, please understand I am simply here to provide a different perspective on this question.

You gave him something for nothing. He said a few nice things and suddenly, he becomes a good candidate to share yourself with. People say nice things to the front attendant at my gym, should she give them a discount?

You feel he is paying attention, so it is obvious he really cares about you.  I pay attention to my best friend, should he write me a check for $25K?

Is one’s entrance into your kitty solidified simply by a guy saying nice things and paying you attention? You have a far greater worth than that, but only you can make this determination.

Wars were fought over your kitty, but he was able to say a few nice things, and he did not even have to argue with someone down the street.

Sex is incredibly important in my perspective, especially when you equate this to the basic principles of what it means for two people to embrace sexually.

As a female, you are allowing another human being to enter your body. Let that seep in because the current era of promoting sexual liberation with females seems to forget this.

You are allowing another human being to insert himself into you. That is a significant decision to make.

Sadly, I see far too many girls taking this decision lightly. Interestingly, the question of this post usually comes from individuals in the process of dating. In other words, they are not in a relationship with the guy.

When you give a guy access into your entire being, without him having to be in a relationship with you, you have undermined your significance and he will also.

Why would he feel the need to give you a relationship title, when he is receiving all of the benefits of being in a relationship without actually having one?

You cannot change these individuals, and they will not change until they decide to do so. Instead, you can change how you convey a specific energy to potential suitors.

As your brother or companion, I recommend being more mindful in the decision you make, as to whom you allow inside your body. You should be more mindful of the criteria, which you use to determine a suitable mate.

Instead of being more meticulous on the makeup brand you wear, apply that energy to your dating and of course sex life.

Before someone considers this as slut shaming, leave your emotions at the door and analyze this critically. There are consequences to having sex in this era of promoting so-called sexual liberation of females.

More females will continue to ask this question, and no amount of sexual liberation will change the reality.

As your brother or your companion, please understand your worth.

Do not allow any guy to receive benefits of being in a relationship with you, without actually having to be in one. When you refuse this, he will have no actual incentive of announcing a relationship title.

Why would he give a title after receiving the benefits, when he has the option of having sex with you and others under the umbrella that we are not exclusive?

Why do guys stop calling after having sex? In other words, he disappears from your life completely.

He received what he came for, and has no need to continue communication. I know it sucks, but if you do not value yourself beyond sex, why would he?

I am not condoning or undermining the role that these guys play. However, this is your life. Because he does not feel a need to change for you, he will not acknowledge your concerns.

Since this is your life, you have more of an incentive for adjustments to occur.

In other words, you cannot control the actions of others, but you can control yours. When you refuse to make changes from within, the outside world is not going to change for you.

Keep in mind, this behavior is not representative of all males. Adjust your energy, be more selective and eventually, this question will become a story you can share with your friends as a lesson.

Your worth does not exist between your legs, what you can perform with your mouth or anything of the sort. Your worth should be so much more.

However, I am a complete stranger and only you can make this realization.

This is of course my perspective. I am interested to know about your experiences with this topic. Did you ever encounter this after a sexual encounter?

Did you learn valuable lessons from the incident? Is this something you have ever done to a woman before?

20 thoughts on “Why Do Guys Stop Calling and Disappear after Having Sex?”