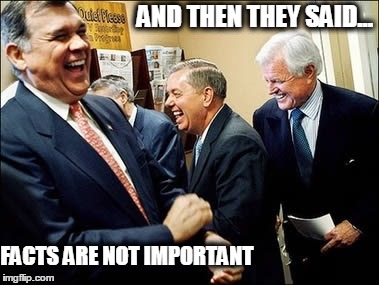 I regularly have conversations with my parents, which often include stories about my childhood. My mum would repeat the same stories multiple times, but in the process, she emits this immense sense of positive energy. Therefore, why would I want to interrupt her moment of joy?

I listen attentively because it provides a glimpse into the eyes of my parents, which is obviously different from my perspective.

In other words, I did not seek a way to end the conversation, even though they have mentioned it before. This brings us to today’s topic.

As a young gentleman, I am noticing that far too many people believe they should be able to end conversations, simply because they do not want to hear the perspective of someone else. That is not the issue. My issue involves a particular tactic often used, which I call discussion-enders.

As someone doing their best to approach topics critically, whenever I have serious discussions, involving serious topics, I encounter discussion-enders quite often.

Oh, you are not familiar with discussion-enders? Actually, you are. You may not be aware of the label I applied to the behavior, but you definitely know them.

It refers to people applying a negative label or simply a phrase/term, to make your perspective appear invalid. The goal is to interrupt your train of thought.

What will someone say to halt your perspective?

-You are a racist

-You are an atheist/you are religious

-Your sex (You are male/female)

-You are left wing

-You are right wing

There are others of course, but I think you get the point.

Why do people latch onto discussion-enders? Some people dislike opposing perspectives, especially when it occurs through a critical thinking one. It is like a belief system that embraces ideas, until the ideas go against the belief system.

You are a racist

Craig (White): As someone who believed in his message, I have difficulty understanding why Prime Minister Umofha, does not reconsider his position on the sentencing of marijuana possession.

There are cases of life imprisonment for nonviolent marijuana offenses, and even for shorter sentences, it becomes difficult for you to live a productive life due to your record.

Imagine if we decided to condemn him, based on his marijuana smoking photo. Heck, he would not be Prime Minister. I find this to be hypocritical, especially when the individuals most impacted by the sentencing are young Black males.

David (Black): As a young Black man, I find your point of view on the Prime Minister to be an incredibly racist one. If this were Smith, Cobb or Terry, would you be so critical about their decisions? To White people, it seems every position Umofha takes or not, there is a problem.

I would respect your point of view more, if it were the same under all of the other Prime Ministers. However, you and I know, this has everything to do with him being Black. You are a racist…just admit it.

My Assessment: David’s response is a typical one, which I see often. Not only did Craig make valid points about the hypocrisy regarding marijuana possession sentencing, but also the hypocrisy of the Prime Minister’s past usage of marijuana.

Instead of addressing Craig’s points through critical thinking, David decided to end the discussion by using an overused tactic—labeling Craig a racist, therefore, trying to undermine the initial discussion and turning it into something else. Racism is real, but using it in all instances undermines the reality when it does occur.

Ben: You know, if you truly analyze this concept of the wage gap, you will notice it has little to do with sexism and everything to do with choices. For starters, the myth has been debunked countless times, because the initial reporting has been misinterpreted. The reality is that they took the average of all female employees, regardless of field and all male employees, regardless of field of study.

People took this and said, “You see, females earn less than males because of the patriarchy.” However, that does not make any sense. For one, females on average do not enter STEM fields at the rate males do, which are higher earning professions.

You can cry foul that the fields are hostile towards women, but that is simply a cop-out. For the ones who do enter STEM fields, they on average work fewer hours than their male counterparts.

You then have instances like medical professions. If females enter areas like nursing and pediatrics, which are lower earning in comparison to the specialized areas that males enter, requiring more training and thus higher incomes, how could you even compare the two?

3 thoughts on “The Fastest Ways to End a Discussion: Part I”