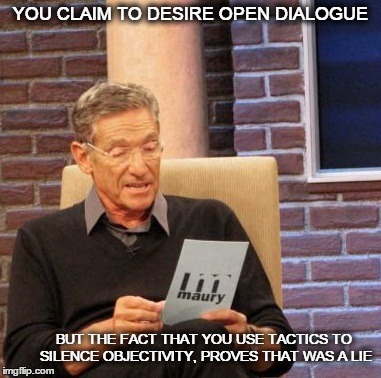 Whenever I encounter hot button issues in mass media today, there is a common theme I did not recognize in high school, but is now aware. Others may have been aware, but I was certainly oblivious.

Today, it seems to be a popular contest of sorts, where people are looking to see who can generate the most division. On one side, you have the male vs female army, where the only goal is to find a way to project the story as anti-male or anti-female.

The war against women in anything and everything is a popular argument, which I see making its rounds in mass media and the Internet.

Honestly, you have to be a special kind of person, where every news story is a war against women or misogynistic. As I mentioned in the past, if anything and everything is sexism or racism, is anything actually a depiction of racism or sexism?

In addition, what I find to be more problematic than the individuals peddling this rhetoric, are the masses falling for it.

If a male disagrees with the absolute stance on catcalling, where he instead believes catcalling can be subjective; this is not a time to edit what you hear and say something erroneous that I encounter often such as…

You are such a misogynist. You are speaking on an issue you know nothing about, and undermining the experiences of women.

Even when there are real world examples to validate his perspective, they will still misconstrue the viewpoint and proclaim it as a war against women, sexism, etc.

My wife and I discuss these stories often, and I must say I am blessed to have a wife who thinks objectively as opposed to blindly falling in line due to indoctrination, where you agree to one side because of your sex.

Because of my wife’s perspective, I know our daughter will be in great hands, if we have one that is. Sadly, far too many young girls are not as lucky, where their guardian will objectively analyze one’s argument.

Instead, with each day, there is further division occurring between males and females. It is such a shame because we are not one another’s enemy.

Why do we allow people to continue perpetuating this division?

It saddens me whenever I read a news story or watch a guest panel on a subject, and the guests are at one another’s throats, as if it were a professional competition between team females versus team males.

It is no wonder when it comes to dating; both enter the interaction with such confusion and irritation.

When a topic is up for discussion, apart from this division asking for one’s blind allegiance to males or females, we arrive to another tactic that I am noticing with more clarity today, now that I am conscious.

Race baiting…I do not fancy it. I dislike falling on either sides of the coin to be honest.

In other words, I do not like when someone Black makes it seem we are always victims. They are able to speak in a manner that arouses the masses, where the masses believe that anyone non-Black is the enemy.

I also dislike when someone non-Black addresses the Black population, as if they are all thugs and criminals. They bring up statistics that are misleading, which appeals to the side always seeking new reasons to say…

It is truly a sad sight to witness the constant race baiting, which occurs in so-called objective journalism. It is a sad sight indeed, when a topic occurs with the ability of sparking real conversation, but somehow turns into race baiting on both sides of this coin.

If a Caucasian political analyst logically and with evidence, questions the fiscal policy of US President Barack Obama, I do not want to hear someone Black immediately suggest the person in question is a racist, when they should instead analyze the logical argument against the fiscal policy.

If a Black politician points out the systematic bias of imprisonment, when it involves petty drug offenses against Black males, I do not want his non-Black opponent to say he is pulling the race card, when they should instead look at the actual imprisonment bias.

Regardless which side you are trying to entice with the tactic of race baiting, I think both sides are destructive. They both simply create further division.

It comes as no surprise when Blacks protest a clear violation of police brutality; someone non-Black comes along and says…

I can address that topic in length, but not in this post. However, I will say this—when you bring up Chicago in a discussion about something else, you are committing a logical fallacy known as red herring, or what I consider a discussion-ender.

My point of view will usually have the next generation in mind, and this topic is no different. With each new generation, we become more liberal than the previous, concerning things such as sexual orientation, race, etc.

However, when you have the major publications and influential figures, spewing their nonsensical views on the topic of race and male/female relationships, the message spreads.

It begins to seep into their train of thought, which is why you have so many young girls believing rape is an act that occurs by all males, everywhere and all the time.

There is an interesting fact that sex baiters fail to mention, because they know this will undermine paranoia, and remove the objective of dividing males and females. Males are far more likely to suffer from violent crimes—assault, homicide and robbery.

For some reason, they tell females the opposite, which fuels their fear while in public places.

As far as race baiting, I believe it fuels the culture where young Black boys assume everyone is out to get them.

This rubbish has to stop. I am only one voice of course, and I am not enforcing online activism, yet shunning offline modes of expression.

However, with someone like me, blogging allows us to express a countermeasure to this programming. I genuinely believe both of these baiting tactics are forms of brainwashing. You can see this come to fruition, whenever a topic is approached through public reaction.

Of course, some will have no allegiance and you can see this example in the recent protests against police brutality, where non-Black demonstrators are protesting alongside their Black counterparts.

Race baiting and sex baiting do not help the public progress; both simply assist in its division.

I am all for people approaching the topic of sex and race, but not to fit an agenda or to push an indoctrination. If you want to have a conversation about race and sex, we should.

Sadly, race baiting and sex baiting simply ends the conversation the moment the discussion begins. In short, they do more harm than good.

This is my perspective on race baiting and sex baiting; I would love to read yours. Do you recognize them when they occur in mass media, or perhaps in conversations with your peers? How do you react?

Are you open to discuss both topics, but your interest wanes, the moment you notice the discussion shifting into a baiting tactic?

7 thoughts on “The Rise of Sex and Race Baiting”