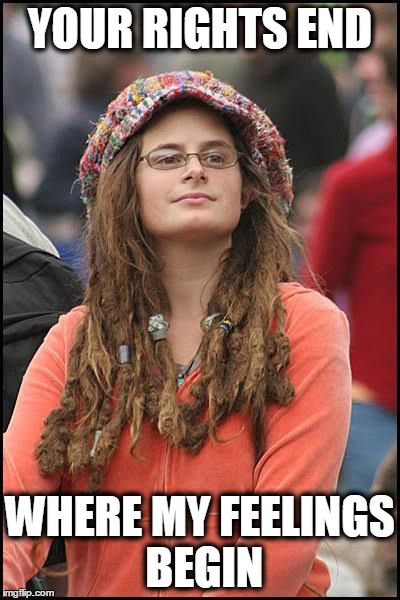 Recently, there was a ban on video game Grand Theft Auto V, in two major stores in Australia. I am a competitive gamer, and my wife is as well. Though we both enjoy playing certain puzzle-oriented games on our tablets, we prefer competitive console games like Call of Duty, Assassin’s Creed, Gears of War, Medal of Honor, etc.

If you are familiar with these games, males experience violence to women on a ratio of perhaps 1,000,000:1.

This figure is an exaggeration, but the idea is that violence against males in the games, FAR exceed violence against females. However, the current provocateurs understand their propaganda works by playing victim.

In other words, though critical thinking and observation will show that violence occurs in video games across the board, your complaint makes headlines by orchestrating your argument to appear sex or race specific.

I believe in a free system and by that, consumers should dictate the marketplace. For instance, if I entered my local store and saw an item I did not like because the cover shows red cars, as opposed to blue ones, I would allow other consumers to dictate what happens to its sales figures.

In short, if they personally choose not to buy the item in droves, eventually, its manufacturer will end its production. This is a free market.

However, provocateurs do not think in this manner. Instead, when they walk into a store and see the same item as I did, they take out their phones and create campaigns on Twitter and Change.org.

Interestingly enough, these people were never going to purchase this particular item; they simply do not want anyone else to have the option, all because they have a problem with it.

With this explanation out-of-the-way, let us dive into Grand Theft Auto V. It has been some time since my darling and I played our PlayStation or Xbox consoles.

However, for those unaware, Grand Theft Auto is an action-adventure video game series where you have different missions to complete, and while on these missions or in between missions, you can roam the environment freely.

The focus is on a character trying to rise through the ranks of a criminal empire.

You have to decide on your own, whether to kill or fight female characters in the game. However, your missions mandate that you kill male characters.

Instead of rationally assessing this situation apart from one’s indoctrination, campaigners express that the game is specifically violent against females. How did they draw this conclusion?

Well, the playable character has the ability to fight and/or kill prostitutes in the game, after he has sex with them. This action is not an automatic feature—this is a decision one makes completely unrelated to the plot of the game.

In short, the game does not promote or automates this behavior against prostitutes.

Whether you agree with the inclusion of sex with prostitutes in an adult video game, is another topic entirely.

Nonetheless, the campaigners believe that violence against women, which once again, you must go out of your way to commit, will cause males to act violently towards women in reality.

This is why I am always leery of provocateurs. Study after study proves them incorrect, because if this were true, there would be a likely correlation between video games and other forms of media, with actual crime statistics.

Interestingly, violent crimes are down, even with violence in video games increasing. However, provocateurs do not let logic and facts get in the way of their indoctrination.

I continue calling them lunatics because you have to be a special kind of person, to know for every female death in video games, hundreds or thousands of male characters are killed. However, you still conclude that games specifically perpetuate violence against females.

These lunatics could hear about a school massacre where 50 males and 2 females perished, yet immediately conclude no other motive besides the shooter’s misogyny and the perpetuation of a war against women.

You have to be a special kind of person, if you can edit what you hear and see, all to suit an agenda.

Grand Theft Auto V sold over 30 million copies since its launch in 2013, and yet, the two locations in Australia felt compelled to cave into the demands, of individuals whom were never interested in purchasing the game.

I embrace the idea of creating campaigns, because the consumer should be able to voice their opinion. However, this campaign is not rooted in voicing one’s opinion. This campaign is about silencing.

If you genuinely believe video games, movies and music creates violence in reality against women, I have a skyscraper in the Bermuda Triangle to sell, along with an imaginary stairway to the moon.

If you simply refuse to acknowledge facts, then I am sure you will believe in the existence of the two items I have for sale. Whenever a topic only receives one angle represented in the media, always call it into question. Please do not drink the indoctrinated kool-aid.

If you do not want to support Take-Two, then do not support them. To tell other adults they cannot purchase something in the marketplace, and mask it under this umbrella of helping women, you have a good scheme going…but I see right through it. Sadly, the locations in Australia did not.

Will it stop there?

The lunatics are taking over the asylum and the world they continue forcing onto others, I do not want any part of it.

If you are new to my blog and would like to disagree with my perspective, please read Part 1 and Part 2, which addresses the topic of disagreeing online.

This is my perspective…I am far more interested in yours. Do you agree or disagree, in telling other adults what they can purchase from a store?

6 thoughts on “Video Games and the War against Women”