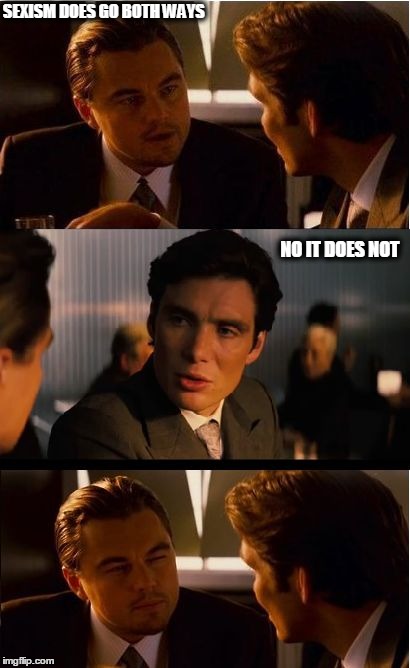 I recently came across a science related article, involving a woman from my country of origin. Achievements like hers will continue to prove the overall intelligence of humanity.  Although we sometimes commit the most asinine actions, I will never undermine the monumental accomplishments throughout history.

Christina Rodriguez, along with members of her staff, finally cracked the code baffling scientists for generations, involving The Theory of Everything.

This particular theory, (also known as ToE, final theory, ultimate theory, or master theory), refers to the hypothetical presence of a single, all-encompassing, coherent theoretical framework of physics that fully explains and links together all physical aspects of the universe.

Before her discovery, physicists believed that all events within the universe occurred through one single force.

The problem—they did not know how to link the four fundamental theories together…electromagnetic, weak nuclear, strong nuclear, and gravity.

This all changed with Rodriguez. Attached to the article I read, was footage from her press conference. She was glowing with this sense of humility, even in the face of her achievement.

She had a rough upbringing and was homeless for much of her teenage years. This made her accomplishment that much greater in my eyes.

Midway through the press conference, one of the reporters addressed her past homelessness. It did not take long for her to become overwhelmed with emotion.

It was a beautiful story, or so I thought. Sadly, not all seem to agree.

When people like myself applauded this woman’s achievement, a number of males decided to campaign against what she wore during the press conference.

It started with them protesting outside of her place of business, as well as protesting against all of the news stations, affiliated with her press conference.

They launched a campaign on a Twitter-like website, asking for the removal of all scientific grants.

What is all the hoopla, you may ask?

According to them, her dress was too short, form-fitting and showing far too much cleavage. Wow…I mean, is that even relevant.

When I watched the press conference, my only concern was listening to this woman’s amazing achievement. Regrettably, a number of males with ultra-conservative views, decided her outfit was too distracting. Some of their drivel includes…

You should be placed in jail

You probably slept your way to the top

Your parents must be rolling over in their graves right now

These pieces of animal feces do not represent me, or other normal males. I saw nothing wrong with her attire. It was not too short in my opinion, and her cleavage did not appear exposed, in the manner they made it seem.

On a day someone in her position should be celebrating, headlines focused on her dress appearing too provocative.

Throughout history, scientists have tried to solve The Theory of Everything, but failed.

Whenever she thinks back to this day, she will always remember the horrible reaction from misguided men.

Why should she have to feel accomplished for such a scientific achievement, when the shortness of her dress far outweighs the achievement?

Sarcasm aside, according to the misogynistic individuals leading the campaign, her revealing outfit is why males refuse to take STEM-field related female employees seriously.

As opposed to acknowledgement for their work, these women use sexual attention to garner support.

The men speaking out against her outfit, believe that she undermines the validity of young girls interested in STEM-related professions. According to them, her dress proves yet again, that beauty trumps intelligence.

A few days ago sadly, Rodriguez resigned from her position, vowing never to participate in the field again.

What I find interesting is the potential for her achievement, to entice young girls to enter STEM-related professions.

Sadly, the campaign against her may have frightened young girls away, due to these bullying tactics. To that I say, Thank you Social Justice Warriors.

Whenever I write a post, there is always a purpose. Sometimes it is to bleed remnants of my past, into the fabrics of my present, in order for others to learn from my mistakes. Other times, I am providing a different perspective on existing questions.

Regardless of the method, there is always a purpose. In today’s post, I had satire in mind. In short, none of the details above actually took place—it is entirely satire.

Rodriguez is a fictional character I created, to paint a picture of Moronic Behavior by famous artist Hypocrisy, which seems to be so prevalent today.

Although the story is entirely fiction, the concept of her achievement relates to an actual event.

The Internet is a platform, which allows the most moronic individuals to say and do as they choose, without much consequence for their moronic behavior.

It allows people to accuse others of sexual assault, where the accused receives a guilty verdict, solely by public opinion alone.

Forget the intervention of authorities, screw the criminal justice system…if my fellow YouTubers, Tumblr or Twitter followers agree, it is no longer an accusation—you are simply guilty because we feel you are.

The Internet allows people to undermine someone’s achievement, because of what they wore. If males did ban together, to vilify a female physicist because of her dress, mass media would go ballistic and say…

We need to stop slut-shaming women

This is a perfect example of the objectification, which women endure each day, all the time and from all men

This is why females are afraid to enter STEM fields

These replies are a few examples, which I know would occur across social media. How do I know this?

Each represents a direct quote, from various users across the internet whenever a topic involves females. For some reason, they only apply this logic with females, but not with males.

As Yoda from Star Wars would say…

The hypocrisy is strong with this one.

When you undermine someone’s achievement, by focusing on trivial things, it paints a rather clear brush just how insane your ideals are.

Oh, you have undeniable proof that extraterrestrials exist? Who cares, I want to know why you don’t like Chinese food. It’s obvious you hate Chinese people.

When the lunatics begin running the asylum, people will experience difficulty separating real issues from nonsensical ones.

When we fear speaking up against the morons, they continue believing their absence of logic, is actually logical.

If a dress, pocket square, coat or belt, is enough to keep you away from a profession—you have absolutely no business in that profession.

When the lunatics begin running the asylum, everyone will appear insane.

I see it differently.

The only thing necessary for the expansion of morons is for rational-minded people, to stand by and remain quiet.

Though my story was entirely satire, it connects directly to the state of society today. Young boys and girls are actively online. The more viral a story, video or image becomes, the more likely they will encounter it.

This means children are attaining information, from some of the most preposterous platforms on the internet. This is bloody scary.

However, this is my perspective; I am more interested in yours. How do you feel about the internet and its widespread reach, being in the hands of irrational-minded people?

21 thoughts on “The Lunatics Have Taken over the Asylum”