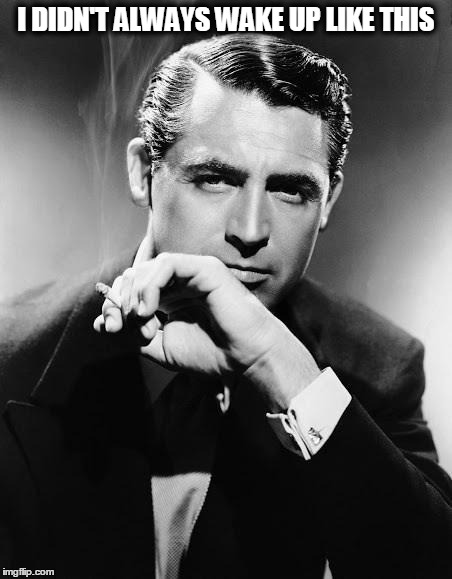 I did not always practice the gentleman’s lifestyle. In fact, I have no gripes admitting that I was immature and lost. Like a child that crawls, walks and before you know it, becomes an adult, it is a long process. We do not go from being a child, to an adult overnight. My transition was no different. I believe even as an adult male, I was still akin to a child, before taking the journey towards becoming a gentleman.

I thought it would be appropriate to start a series of sorts, explaining to women some of the things that an immature male would do, a womanizing male would do or the type of guy you find it difficult to pull away from, though you know you should.

As a potential father to a young girl, I now have a two-scale system, when it comes to guys I would consider unsuitable mates.

On one side, we have the most horrible and extreme scenario. This is the type of guy with the ability to have sex with you, and behind your back, will have sex with your mother and finally your best friend.

To top it off, the acts occur all in one day and without the slightest dent to his morality. This is an exaggeration of course,  but I was not that guy. LoL.

We then have guys trying to remain steadfast to morality of some sort, but remnants of the not-so-good guy persona, seems to linger.

This guy is able to tell you what you want to hear. However, he may have difficulty committing this behavior often and with everyone. As mentioned, morality is still present. I was more akin to this guy.

Why am I writing this?

Whenever I write, it is to provide perspective into an area, which I feel can help someone. With blog posts such as this one, I share information to give women insight on things to look for, while in the dating arena.

All guys are not only after your kitty, but I also want you to remain mindful of things the opposing guy will do, in pursuit of your kitty.

The purpose is to serve as a tool of sorts for our daughter, if we were to have one that is.

Please keep in mind as you read the following, I was always single in each ordeal. Tactics of sorts were not present, whenever there was a relationship involved.

This post is addressing specifically, females online showing everything on social media, which someone should only see offline and perhaps in private/right setting.

Former well-known model of the 1960s, Sandra Howard, better known under the moniker Sandra Paul, mentioned something I agree with.

It is a discussion I have with my wife often about our generation, and of course the ones following behind.  Dressing sexy today simply means sleazy, whereas sexy during Howard’s era meant alluring and tasteful.

For Marilyn’s ability to be alluring without being in-your-face not only made her appeal timeless (half a century later, we are still drawn to her), it also contrasts rather unfavourably against today’s female celebrities and their crude, lewd interpretation of sex appeal.

I am not prudish, and my wife would attest to that. LoL. However, many of the female users online today, leave little to the imagination.

Famous actress and sex symbol throughout her career, Jacqueline Bisset, also disagrees with the new era of being sexy.

They’re obsessed with ‘being hot’, and qualities such as charm, magic and romance have been usurped by the cruder desire to look sexually available.

Unless you are a paid model, modeling lingerie for a photo-shoot or somewhere that a bikini is appropriate, the amount of skin you show is making you an easy target for guys with my old way of thinking.

Please, if you read this and assume that I am referring to rape, you are reaching for a branch on a tree, which does not exist.

When I reference easy target, her energy makes the process of attaining sex incredibly easy. We are aware that she needs attention and with this understanding, whatever we have to say or do, to make her feel attention-quenched, we will do and say it.

That may sound horrible on the surface, but on the most basic level of human interaction, our bodies represent elements of sex. When you display it all, you will entice a reaction.

You can try to refute this until the cows come home, but biology will win each time. This may sound harsh to a lot of women, but I need you to understand the truth of the matter.

When I say understand, I mean understand. I do not mean interpretation through a sugarcoated response, but the truth. When you upload a photo, where you are practically naked, you are giving off nonverbal cues. The most prevalent is that I have daddy issues and I need attention.

Daddy issues refers to a girl who either has a poor relationship with a father currently present in her life, or not present at all, which then spills over into her relationships with male suitors.

It usually leads to her longing for male attention, which is missing from her life. She usually looks for this male affection in the wrong locations, such as viewing sex as her way to connect with men.

When I encounter a girl with daddy issues, I am aware that she is starving to fill this void with a man. If you say the right things to her, she will subconsciously do whatever to seek your approval.

When I glance through photos online now and instead of images of the beach, clothing or family outings, she only has photos of her derriere, breasts, etc…I leave the account.

I no longer find this sexy. It is not because I am married, though that may play a factor. In fact, I feel sorry for her. She is crying out for attention in the only way she knows best, because her body is the only thing of value in her eyes.

8 thoughts on “The Boy, Long before He Became a Gentleman”