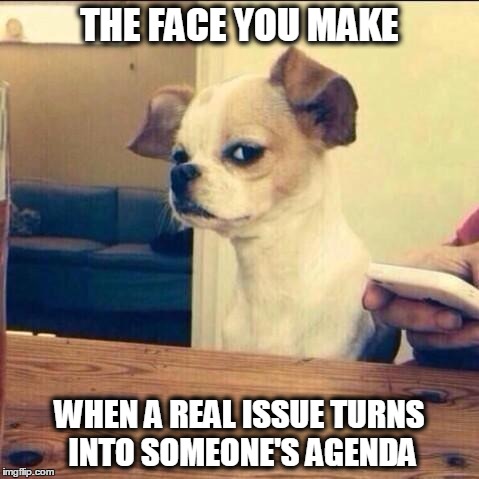 If you asked me this question a year ago, I would explain what I consider appropriate while approaching women. However, with the recent collection of news stories, blogs and vlogs from some women, I think it is now improbable to determine the most suitable approach.

This may get long, so I ask for a few minutes of your time. You can always read some now, and come back later. I only ask that you do one thing—remove the emotional connection you have with the topic of street harassment.

I know this is difficult, but holding firm to these emotions will impede you from reading the following, without applying your feelings on the subject. I understand that I am asking for a lot, so I greatly appreciate your effort.

Street harassment and catcalling are hot-button issues currently. In other words, the discussion seems to be everywhere. With topics such as this one, everyone seems to have an agenda today.

Some have good intentions and others, well, not so much. I enjoy watching social experiments, but only if they make sense.

If you are forcing an agenda with faulty data, I will immediately reject the propaganda, and point out the hypocrisy and bias.

I came across a video that involves a woman walking for ten hours, where she experienced what she considers harassment.

I am not saying it is or is not harassment, because as mentioned in my initial post involving catcalling, harassment to one individual, comes across as complimentary to another.

Nonetheless, I often find myself reading the comments, in order to understand what others think. Two comments stuck out to me, which I will use for this post.

Woman X: Many here have said it is harassment to merely say “Hi” to a woman on the street. If a guy that she thinks is cute says “Hi,” and she decides to stop and talk, is it still harassment?

Woman Y: It doesn’t matter if you think a woman is cute. She owes you nothing, and honestly, unless she is actually just sitting somewhere doing nothing (not walking somewhere, not on her phone, not reading, etc.), you’re better off leaving her alone.

Since woman-Y failed to address her question, which people often do when presented with a reasonable question on hot-button issues, I decided to express my opinion to woman-Y.

One Gentleman: Not to impose on the dialogue here, but I have a question with this logic.

By this logic, no one and I mean no one, would be in a relationship. The idea that a man cannot approach a woman on the street, specifically based on what you mentioned in the quote above, seems misleading, unrealistic and faulty at best.

I do not think people are reacting, because the woman in the video owes men anything. I am not even sure where this concept of owe came from. Nonetheless, we like to throw words around like confetti and sadly, we begin to erode the meaning.

When a guy asks a woman out for coffee, she then goes online and tweets that she was raped.

When males look at women, because their cleavage is obviously highlighting their breasts, he is called a pervert and is objectifying. We have to be mindful how we use words, because words have meaning for a reason.

To throw them around will undermine the definition. We are making males, and I mean all males, feel anything they do is considered misogyny, sexist and evil. This is a slippery slope.

You then have female bloggers writing posts, saying men are no longer men, because they no longer approach women and initiate conversation. Hypocrisy is what comes to mind.

Harassment is the act of systematic and/or continued unwanted and annoying actions of one party or a group, including threats and demands.

By this definition, harassment is purely subjective. It comes down to the individual. Do you remember when I asked earlier, to remove your emotional connection with street harassment? Is it still stored away? Once again, I understand it can be difficult, so thank you.

What Kathy considers harassment from Anthony, Beth considers empowering and inviting. What Ben considers over-the-top aggression from Susan, Bob considers sexy. The keyword I want you to focus on, with the legal definition of harassment is annoying.

Annoying is to disturb or bother (a person) in a way that displeases, troubles, or slightly irritates. Once again, this is subjective. Greg becomes irritated whenever Susan leaves the television on at night.

However, Susan does not experience irritation of any kind, when Greg accidentally falls asleep with the television on.

In the video, she does not address any of her harassers. Not once did she turn and say:

1Actually, comments like Hi baby, sweetie, sexy or anything of the sort from strangers, really annoys me. You have no idea who I am, so those references are out of left field and I find them inappropriate.

2I am not sure why you think calling a stranger beautiful, should be the first words to initiate a conversation. Others may like it, but I find it off-putting. The words are empty; because it is obvious, you are approaching me based on physical reasons.

3I am not interested in conversing with anyone. I would appreciate if we ended this conversation right now.

9 thoughts on “Is There a Right Time or Method to Approach Women?”